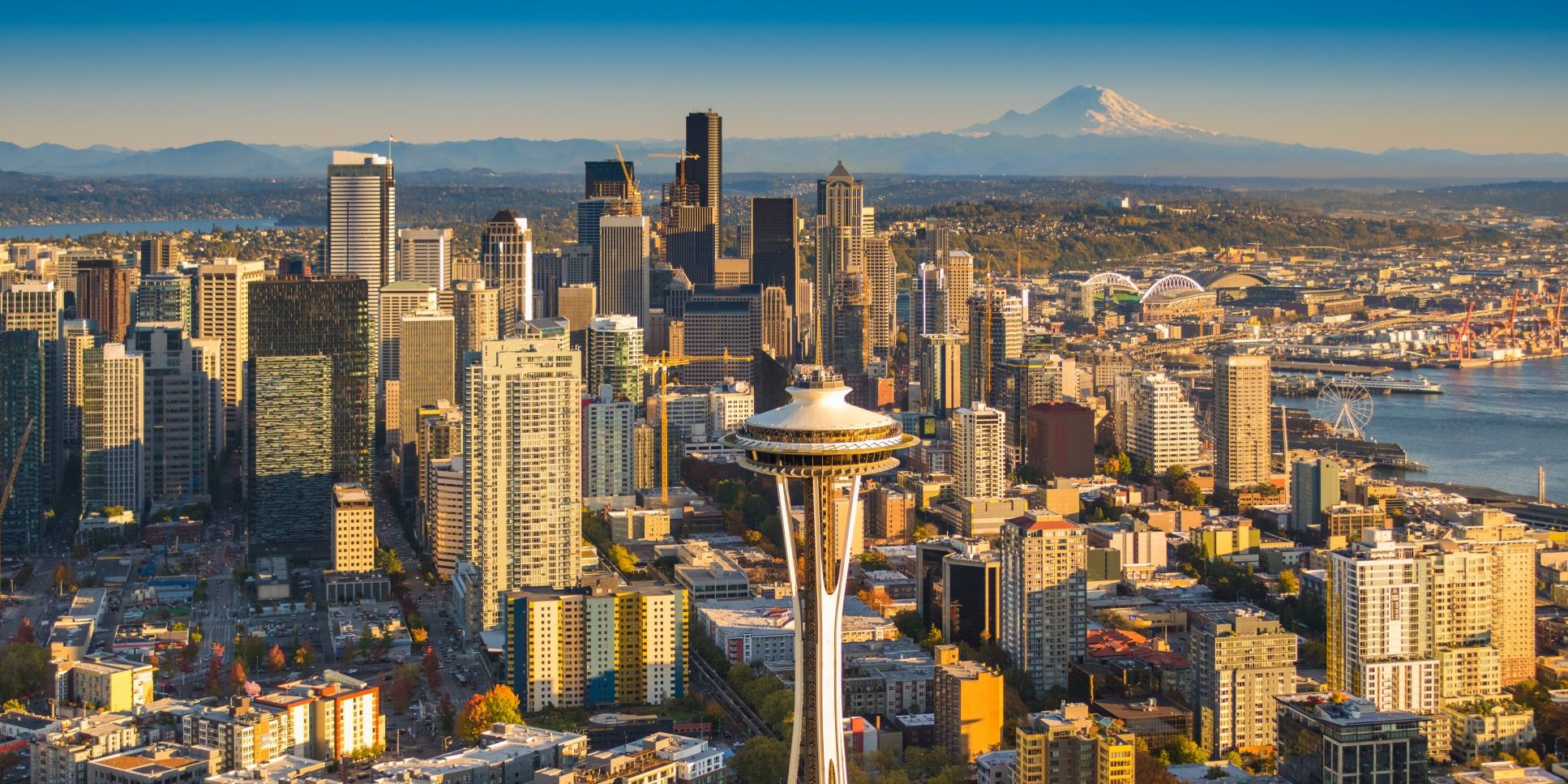 Seattle is the largest city in the northwestern United States, and it has become a central hub for commerce, culture, and recreation. Not only was Seattle the fastest-growing city for the entire decade of the 2010s, but it’s also the home to many famous businesses, tourist attractions, and cultural movements. From Starbucks and Microsoft, to Pearl Jam and Nirvana, Seattle was and is a vibrant epicenter of business and art. And, no matter why you’re headed to Seattle, booking a private jet can help you get there in a convenient, expedient, and luxurious way.

Why Book a Private Jet to Seattle?

Private air travel is more efficient and cost-effective than many people realize. What’s more, renting a private jet offers travelers numerous benefits they otherwise wouldn’t be able to enjoy. By renting a private jet to Seattle, travelers can set their own schedule and travel at their own convenience. No more lines, no more annoying delays, and no disruptive layovers. Plus, private jet travel is extremely safe, relaxing, and luxurious. When you rent a private jet to Seattle, you’ll be able to reach your destination quickly, efficiently, and comfortably.

Things to Do in Seattle

Because Seattle has grown so much over the past 40 years, it now boasts  a wide array of attractions for visitors of all ages. No matter what interests you most, you’re bound to find something fun to do in the Emerald City.

If you’ve never been to Seattle before, then you should definitely make it a point to visit the iconic Space Needle. Built for the 1962 World’s Fair, the Space Needle offers an amazing view of downtown Seattle and the surrounding areas.

Love music? Movies? Sports? How about novel and off-the-wall exhibits? If any of that sounds good to you, then you have to check out the museum of Pop Culture. Learn all about everything from punk rock to Disney villains at this fascinating and unique attraction.

Located in downtown Seattle, Pike Place Market allows visitors to engage with hundreds of local Seattle artisans and businesses. Also, the original Starbucks is still nestled in the market –– so you owe it to yourself to at least head down there for a quick cup of coffee.

Just as Seattle has significantly expanded, so too has the entire Pacific Northwest region. This means that Seattle is a fantastic place to set up a base if you plan to visit other major cities in the area.

Located about an hour south of Seattle, Olympia, Washington, is the scenic capital of the state. It’s situated at the southern tip of the Puget Sound, so even if you’re visiting for official business, you can still revel in the natural beauty of the Pacific Northwest in Olympia.

Portland has earned a reputation for being one of America’s weirdest cities. If you’re up for a change of pace, then Portland could be the ideal destination for you. Note also that Portland is home to many new thriving businesses and industries as well.

Seattle’s northern neighbor, Vancouver is a gem of a city along Canada’s west coast. And you can take a road trip from Seattle to Vancouver in under three hours if you’re so inclined.

Cost of a Private Jet to Seattle

Renting a private jet may be more affordable than you think. If you need to get to Seattle in a hurry, but aren’t sure if you can afford a private jet charter, we can help. Private jet costs depend on a number of factors such as destination, distance, time of booking, and the type of aircraft. For more detailed information, you can contact Access Jet Group here to get a quote on a private jet to Seattle.

The Access Jet Group Experience: What to Expect from Your Jet Charter Broker
January 4, 2023

Where to Take a Private Jet for Wellness Retreats in Asia
December 6, 2022